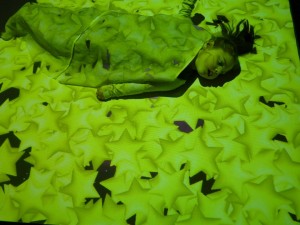 In early 2015, our Founder, Bev Lambert, read an article in the Lowestoft Journal regarding a little girl called Daisy. The family were raising money to purchase a special sensory mat a ‘Magic Carpet’, which would allow Daisy and her sister Gracie to interact together through play.

Wishing to support the family, Bev decided to raise some money which was then sent to the family to add to their own fundraising efforts.

Having heard of other children in similar circumstances, Bev decided she wanted to set up a charity to support other children living with a serious or life threatening illness.

Over the Rainbow Children’s Charity was born, we now look forward to the future and hope that through various fundraising activities, donations and sponsorship we will be able to support children just like Daisy.

Read more about Daisy under What We do.